No time to read? Listen to this article instead!

New research has confirmed that drinking alcohol-free wine has all the heart health benefits of ordinary wine and dispels the myth that abstainers are less healthy than moderate drinkers.

The research published at the British Science Festival in September 2021 debunked conclusions of previous studies which suggest that teetotallers face more health risks than moderate drinkers.

Scientists at Anglia Ruskin University, who conducted the study, pointed out that those declaring themselves tee-total included recovering alcoholics and people forced to give up booze due to a pre-existing disease – often linked to excess alcohol consumption.

They did find that moderate wine consumption does benefit heart health but that the same can be said for de-alcoholised wine in reducing the risk of cardiovascular disease.

This led to the conclusion that it was wine polyphenols providing protection against heart disease and not the alcohol that was to be credited for the beneficial relationship.

The study also showed that it was only wine that reduced the risk for heart disease and that other alcoholic drinks provided no potential benefits for cardiovascular health.

In fact they found no benefits of alcohol in combating cardiovascular mortality.

The data revealed that the risk of heart disease was 10% higher among those who drank moderate amounts of beer, cider and spirits.

So, people don’t have to be heavy drinkers to suffer the risk of alcohol-related death.

Dr Rudolph Schutte, senior lecturer in medical science, led the research – based on data from the UK Biobank project – that studied the lifestyle choices and health outcomes of 450,000 people over a seven-year period.

Dr Schutte’s team analysed the data and examined how earlier research – that showed moderate drinking was healthier than abstinence – was littered with systematic errors that exaggerated the contribution of alcohol to healthy living.

Announcing his findings at the science festival, Dr Schutte told delegates that scientists have been getting it wrong for decades.

Previous studies have fuelled the belief, even among healthcare providers, that moderate alcohol consumption was good for patients and that drinking a glass of wine a day was sound advice to reduce the risk of coronary heart disease.

Scientists are now showing that’s not the case.

One German study, published in the European Heart Journal in January 2021, followed nearly 108,000 people over 14 years.

Their studies found that, rather than contributing to good health, consuming just one alcoholic drink a day increased the risk of atrial fibrillation – commonly known as palpitations or irregular heartbeat – by 16 per cent.

Dr Schutte explained that the polyphenols that were good for the heart could be found in non-alcoholic wine without the damaging effects of alcohol.

Drinking is now known to be linked to several types of cancer as well as liver disease, pancreatitis, diabetes and ischemic stroke among other conditions.

Heavy drinking poses the highest risk factor but even one unit of alcohol a day, which amounts to about one small glass of wine, a single measure of spirits or a 330ml bottle of beer, can increase the breast cancer risk by 10 per cent.

As well as being good for the heart, drinking alcohol-free wine has been found to lower blood pressure, help lower cholesterol levels and reduce inflammation of the organs and digestive system.

The inflammation that’s associated with consumption of alcohol can lead to a long list of medical issues. As well as liver cirrhosis, these include pancreatitis and a range of cancers such as oesophageal cancer, stomach and colon cancer – so a beer belly could be the last of your worries.

Those who consider themselves to drink at moderate levels are often shocked to find that enjoying a couple of glasses of wine a day puts them into the binge drinking bracket.

For many years it has been considered safe for men to drink up to 21 units of alcohol per week.

Now both men and women are advised to have no more than 14 units a week, to limit daily consumption to two or three units and have three days with no drinking.

So, sipping through about half a bottle of 12% ABV wine three times a week is considered excessive drinking that could put people over the recommended maximum units per day and above their weekly quota.

In recent years public health experts have warned that even one drink per day can cause adverse health effects – particularly alcohol-related cancers – and that there are no safe levels of alcohol consumption.

Although red wines contain more cardiovascular benefits than white wines, both red wine and white wine carry the anti-inflammatory compounds that have been associated with protecting consumers from heart attack and stroke.

Non-alcoholic wine – especially non-alcoholic red wine – offers all the protective effects of regular wine without any cardiovascular risk factors that even small amounts of alcohol can pose.

Wines without alcohol can also help tackle weight problems as they contain about 75% less calories than regular wine.

Choosing non-alcoholic alternatives is also good for the complexion as they keep the body  hydrated and don’t interfere with sleeping patterns the way alcoholic beverages can do leading to fatigue.

De-alcoholised wines can help those who want to cut down on their drinking by providing a substitute for the regular dinner wine on alcohol-free days as well as offering an adult tipple for those who decide to go sober.

Opting for non-alcoholic drinks is a healthy choice that can help maintain vitality, lesson the likelihood of developing a drink-related health issue and help avoid the risk of cardiovascular death.

Does alcohol make us more susceptible to Covid-19?

Does alcohol burn off during cooking? 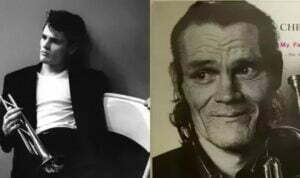 How long before I stop thinking about drink?