Are alcohol-free drinks safe during pregnancy?

"Are alcohol-free drinks safe to have during pregnancy?"

PREGNANCY should be a time of joy and anticipation but often it’s a time of worry.

Expectant mums are sometimes overwhelmed by the amount of advice offered on the best diet for a developing baby and what to avoid.

Women may also stress that they may have done something to harm their baby before they even knew they were pregnant.

It’s best to follow dietary advice and there are some things that mums-to-be should take great care over and that’s the risk of taking recreational drugs including nicotine and alcohol.

Many women continue to enjoy alcohol-free wines, beers and cocktails throughout their pregnancy but others worry that these may be harmful to the unborn child.

Is it possible to avoid alcohol completely?

Alcohol occurs naturally in many everyday foods and drinks we consume, so it’s almost impossible to completely avoid alcohol during pregnancy.

Natural yoghurt, some cheeses, kefir, also knows as ghee, and drinks such as kombucha and old- fashioned fermented drinks such as dandelion and burdock and cola all contain up to 0.5% alcohol by volume.

Alcohol is also used in many processed foods and drinks to enhance flavour. Ready-meals, sauces, fruit juices and, of course, the vinegar you put on your chips all contain alcohol.

In most cases, the alcohol content of these products will not be shown on the labels.

These levels of alcohol can be found in most alcohol-free and de-alcoholised wines and beers although many modern techniques have enabled producers to create 0.0 wines and beers.

Most wines and beers have traditionally been de-alcoholised by removing the alcohol after fermentation. This leaves a tiny amount of alcohol in the drink.

Other brewers use the ‘stopped fermentation’ method which means fermentation is halted before any alcohol is fermented, so these products are 0.0.

Most non-alcoholic beers contain no more than 0.5 ABV. Wines contain around 0.3% – 0.5% ABV and have less sugar and fewer calories than grape juice.

Official advice from the UK’s Chief Medical Officer is that women who are pregnant or want to become pregnant should not drink alcohol at all.

The severity of the disorder can vary but the Chief Medical Officer warns that, the more a woman drinks, the more severe the disability is likely to be on FAS spectrum.

However, experts say there is no safe limit and that even a glass of wine with dinner should be avoided during pregnancy.

When pregnant women drink, alcohol is carried in their bloodstream through the placenta to the developing baby.

A baby doesn’t develop a liver until the later stages of pregnancy and so the baby is unable to process alcohol in the way adults can.

In the absence of a liver to filter out the toxins, exposure to alcohol can damage other developing organs and seriously affect the baby’s development.

The effects of alcohol in breastfed infants are less certain than the effects during pregnancy, but it has been shown that ethanol can be detected in breast milk and may be passed on to a baby by nursing mums while breast feeding.

The NHS warns that drinking alcohol, especially in the first three months of pregnancy, can increase the risks of miscarriage, premature birth and low birthweight.

The impact of drinking alcohol can affect the baby for the rest of its life and result in learning and behavioural difficulties as well as stunted growth and facial deformity and the NHS agrees the risks are greater the more you drink.

But let’s face it – a lot of pregnancies happen when we let our hair down and throw consequences to the wind.

Advice from the NHS is to not worry too much about consuming alcohol around the time of conception, or in the weeks before the pregnancy becomes apparent, as the risk of the baby being affected is likely to be low.

The NHS advises that, once a woman suspects she is pregnant, alcohol consumption should stop and most do give up alcohol once a pregnancy is confirmed by home testing or when they decide they want to try to have a baby.

In some cases, one of the first indications of pregnancy is a sudden dislike for alcohol. It’s the body’s natural protection mechanism kicking in.

After the first three months, the body often settles down and it’s then that women may notice they miss a glass of wine with their friends of a glass of bubbly at a special celebration.

How do alcohol-free drinks fit in?

The amount of alcohol in de-alcoholised wine and alcohol-free beer is very small. It’s less than half a percent of the overall volume of the drink.

It takes the liver about 60 minutes to process one unit of alcohol.

It’s important to know what’s meant when we talk about units of alcohol.

There are about 10 units of alcohol in a 13.5% ABV bottle of wine but the ABV of wine varies between about 10% ABV and 15% ABV.  The wine label will give the ABV and the number of units per bottle.

There are about six 125ml servings of wine in a bottle and each serving contains 1.6 units of alcohol.

It often surprises people how small a 125ml serving of wine is.

Most of us at a bar or restaurant will be served 175ml which is considered a standard size. At 13% ABV, there are 2.3 units of alcohol in the glass. That’s the same as a pint of Irish stout.

It’s important to be aware that drinks labelled ‘alcohol-free’ and ‘non-alcoholic’ can contain tiny amounts of alcohol but this will always be clearly indicated on the label.

Drinks produced to UK and EU standards may contain up to 0.5 ABV. They may contain ‘up to’ – they would not be allowed to contain more than 0.5 ABV and use the ‘alcohol-free’ or ‘non-alcoholic’ label.

A person drinking these products would have to drink about 16 glasses of wine or about 7 bottles of beer within about 15 minutes to register one unit of alcohol in the body.

However, research carried out in Canada and published in 2010 showed that, in a test of 45 different ‘non-alcoholic’ beers, one in three were found to contain more alcohol that was declared on the label.

Those drinking alcohol-free alternatives currently produced under strict regulations in the UK and EU by reputable companies can be confident that the label reflects the contrent of the bottle.

Non-alcoholic drinks are designed to replace or replicate alcoholic versions. At The Alcohol-Free Shop there’s a choice of alcohol-free and non alcoholic beers, de-alcoholised wines and various non-alcoholic cocktails and substitutes for spirits such as whisky, rum and gin.

There are also cordials on the market designed to be mixed with sift drinks to replicate drinks like rum and cola or gin and tonic.

Non-alcoholic versions won’t taste of alcohol so you won’t get exactly the same experience as with the alcoholic version but they do make a welcome change from soft drinks and juices or just plain water, and they keep you hydrated just the same.

Also, if you’re expecting but you’re not ready to make this information public knowledge, you can hide the fact by consuming non-alcoholic beer and other alcohol-free versions of alcoholic beverages.

Nobody will question you glugging a big glass of red, so if you’re going to a house party, or throwing a BBQ at home, you can make sure you have your own supply and keep it to yourself.

If you want people to know you’re pregnant and want to avoid alcohol, nobody’s going to think the worst of you. If you do want to drink de-alcoholised wine, non-alcoholic and alcohol-free beer in pregnancy, tell them what it is to avoid raised eyebrows!

Are the official guidelines too strict?

In 2017, The Guardian newspaper published the view of researchers at Bristol University that there is little evidence that light drinking in pregnancy causes harm as very few studies have been carried out in this area.

Until 2016, an occasional drink – regarded as one small glass of wine twice a week – would not harm an unborn child and back in the 1950s a daily bottle of stout was often recommended during pregnancy to avoid iron deficiency.

It was in 2016 that NHS guidance advised abstinence from alcohol in pregnancy as – although there was evidence that heavy drinking caused harm – there was no agreed safe lower limit and it was better to be safe than sorry.

This policy is supported by the Department of Health in the UK and American College of Obstetricians and Gynaecologists (ACOG) in the US.

There has been much criticism of the strict NHS guidelines which some – largely involved in the alcohol industry – say Department of Health and ACOG advice causes women needless anxiety over alcohol consumption in pregnancy.

They say there is no scientific proof for the change from the previous Department of Health guidance that a couple of drinks per week would do no harm.

Regardless of the arguments, drinking alcohol during pregnancy is frowned upon and it’s usually the first thing women cut out when they know they’re expecting.

Many even stop drinking  before any positive pregnancy test if they’re trying to conceive.

Some women do continue to drink despite knowing that doing so can have negative effects.

Can that trace amount cause any harm?

And if some women occasionally have a drink during pregnancy, an NA beer with only trace amounts? Let’s look at what we know so far.

So far there has been no evidence that consuming alcohol-free beer and de-alcoholised wine during pregnancy is harmful.

There has been no published research on the impact of alcohol alternatives during pregnancy.

Although there are no studies evaluating the safety of consuming non-alcoholic beverages during pregnancy, the risk of harm in drinking beer under 0.5% ABV will be extremely low,

But as there is no known safe level of alcohol intake in pregnancy, there’s still no guarantee that it’s completely safe.

Until scientists carry out research into the impact of consuming non-alcoholic, alcohol-free and de-alcoholised drinks during pregnancy, whether you drink non-alcoholic beer in pregnancy is down to personal choice.

If you are finding it hard to cut down what you drink, talk to a midwife, doctor or pharmacist.

You can also join The Alcohol-Free Community which is a confidential support group on Facebook. You’ll be made very welcome and can be sure of non-judgemental support any time of the day and any day of the week.

If you’re worried about your own or someone else’s drinking, you can call Drinkline. This free helpline on 0300 123 1110 is available  weekdays from 9am to 8pm and weekends from 11am to 4pm. 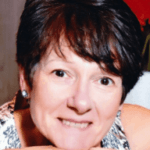 How does alcohol affect dental health?