BOOZE sales have soared but data analysts suggest it’s alcohol-free drinkers that are keeping the industry ‘out of the red’.

Figures published today show off-licence purchases went up by 31.4% in March when pubs and restaurants were forced to close under coronavirus control measures.

These outlets account for just 1% of alcohol sales, according to the report from the Office of National Statistics.

Supermarkets – where most home drinkers buy their wine and beer – saw sales rise by 10.4% but the report does not specify the proportion of shopping baskets made up of alcohol.

But the drinks industry has suffered a substantial slump since pubs and restaurants closed. The situation for the sector looks unlikely to improve after Chief Medical officer Chris Whitty warned social distancing could continue beyond the year end.

Increase in sales of alcohol-free drinks

Meanwhile, statisticians at Nielsen, the global consumer trends monitors, reveal that year-on-year sales of low and no-alcohol beers for March show a 33% increase and a 14.8% increase in April.

Nielsen also report that demand was up by 28.4% last year and that growth is predicted to continue over the next two years.

Commenting on their findings Nielsen say: “Unlike some consumables, there’s clearly a threshold for how much alcohol people (should) consume throughout the year.

“That can make it challenging for brands to find growth … without the contribution of non- and low-alcohol options, annual sales in the beer category would be in the red.”

Research by the UK polling organisation Yougov recently revealed that 16% of the population was drinking less or not at all during the lockdown.

The British Beer and Pub Association welcomed the increase in low and no-alcohol sales but say this is not going to offset the impact of the closure of pubs were they say seven in 10 alcoholic drinks are sold.

She said: “The boom in the popularity of low and no beer is very encouraging and clearly providing people with a good alternative to an alcoholic pint in the pub during this period of lockdown.

“A lot of innovation has gone into making great tasting low and no alcohol beer so with a bigger range of low and no-alcohol beers than ever before, I encourage beer drinkers to give them a go!” 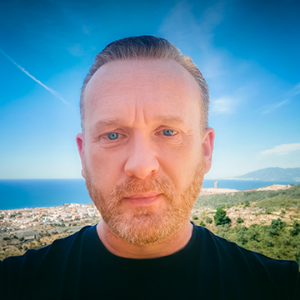 Does alcohol-free wine have the health benefits of alcoholic wine?

Does alcohol cause depression and anxiety?