A mum was shocked when her daughter brought home purchases from a town’s Matalan store in a shopping bag featuring the slogan ‘It’s always beer o’clock’ and an image of clinking glasses frothing with ale.

Her daughter had picked up the ‘bag for life’ when she purchased clothing from the store.

The mum, one of thousands of members of the online Alcohol-Free Community, slammed the store for selling the bags promoting alcohol consumption.

Posting in the Alcohol-Free Community Facebook group, she added the hashtags #subliminalmessages #brainwashed underlining her view that such images indoctrinate people into accepting alcohol consumption as the norm.

Although her daughter is an adult, she was angry that the bags can be bought by young shoppers under the age of 18 and were ‘ingraining’ the notion that booze is an integral part of everyday life.

She said: “My daughter went to Matalan. To buy some clothes, she had to buy a ‘bag for life’ and this is the only one they had.

“What actually made me really angry is that they are selling these bags to youngsters – so it really is ingraining their brain.”

Her post sparked chimes of agreement from fellow community members who’s comments included: ” Societal Conditioning at its finest. We are always being programmed.’

The Alcohol-Free Community is a free group on Facebook managed by AlcoholFree.com aimed at supporting those who abstain from alcohol and those trying to cut their alcohol consumption or quit.

John Risby – a sober alcoholic for 17 years and a founder of AlcoholFree.com and retail site The Alcohol-Free Shop, which launched in 2006 – suggested Matalan should rethink their policy and withdraw the bags from sale.

He said: “It’s shocking that you can’t go to a clothes shop and buy a bag to carry your items home without advertising alcohol. There are so many people who just wouldn’t want to be seen carrying a bag like this.

“It sends a terrible message to children too who already see adverts for alcohol several times a day as it is without this unnecessary addition. Alcohol promotions should have no place in a family clothing store.”

Matalan have been contacted for a response to the criticisms and their reply will be published once they respond.

How long do alcohol-free wines last?

Does alcohol make us more susceptible to Covid-19? 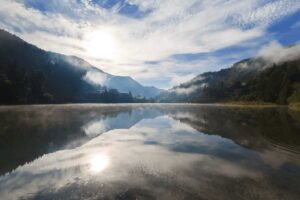